Finally we arrive to the last piece of Shogi. It can maybe look like the weakest piece but is a very important one. Besides the drop rule I think the difference in pawns is one of the biggest distinction between Chess and Shogi. The strategy in Chess is mainly decided because the pawns can’t move forward if there is another piece blocking his movement. At Shogi the pawns can move forward taking the enemy piece.

The pawn is called 歩 (fu) in japanese. It can only move in square forward.

Promotion: when the pawn arrives to promotion lines it becomes very strong and have the same movement as the Gold General. The promoted Pawn is called と金 (tokin).

How to move the Pawn 歩 How to move the Tokin と金 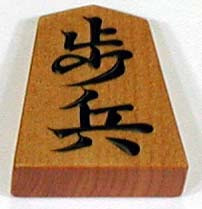 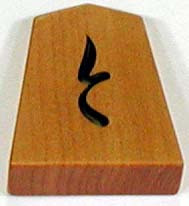