There are two knights at Shogi. The knight is able to jump over pieces. The shogi’s knight movemente is more limited can’t move backwards so you need to be very careful so it’s not targeted.

The knight is called 桂 (kei) in japanese. For move the knight you need to jump forward one square and then plus one square diagonally forward.

How to move the knight 桂 How to move the promoted knight 成桂 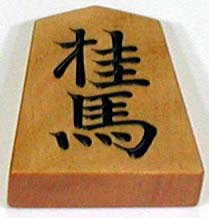 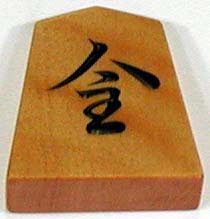